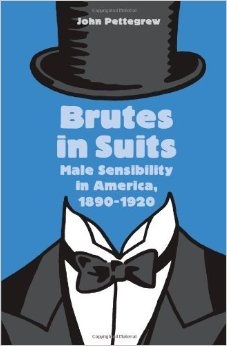 This article examines the issue of sex as a “property” right of a husband, inasmuch as married men formerly could not be charged under the law for rape when forcibly engaging in sex acts against the will of their wife.  This is an extreme extension of the concept of “marital unity” or “coverture;, however,  the article examines from a somewhat novel perspective the legal and social backgrounds and underpinnings  of many of the marital property rights issues in the 19th Century.   WPL

Not only does this article chronicle some of the contemporary debates surrounding women’s property rights in 19th century Massachusetts, but it does so in an anecdotal style involving real-life personages, such as traveling female public speakers,   similar to the characters in James’ and Howells’ fiction.    WPL
Murray, Alexandra.  “Marriage – The Peculiar Institution: An Exploration of Marriage and the Women’s Rights Movement in the Nineteenth Century” 16 UCLA Women's L.J. (Winter 2007)  137-162.

An overview of varying 19th century marital and property laws in the context of the women’s rights movement.  WPL